Joe Kinnear, the new sacrificial moron manager of Newcastle has barely warmed the chair in his new office before unleashing with an unholy tirade at the press. Below is the transcript.

Please note, that there is some extremely bad language contained in the rest of the post and in the link I included above. It’s a quote from someone who is supposed an adult and a professional. You can judge for yourself, but don’t say you haven’t been warned.

Trust me though, it’s a remarkable exchange. END_OF_DOCUMENT_TOKEN_TO_BE_REPLACED

Who are the eight most stupid people on Earth?

The Newcastle United owner Mike Ashley is in talks with eight potential buyers for the northeast club, according to interim manager Joe Kinnear.

“I know he is in talks with at least eight consortiums because he has told me that himself,” said Kinnear. “Who they are, what they are, when it will happen; there is no timescale on it.”

Prospectuses of sale, detailing the club’s financial position, are believed to have been sent out to seven interested parties, with groups from Nigeria and South Africa the most prominent.

So they’re buying a team laden with debt, insane fan expectations, an aging and fairly useless group of players, and an interim coach whose appointment has been universally described as a joke.

Some interesting allegations of sexual harassment have been leveled at the new KC Wizards ownership group. The highlights are below: END_OF_DOCUMENT_TOKEN_TO_BE_REPLACED

So there is a restaurant on Connecticut Avenue in leafy Upper Northwest DC called Comet Ping Pong. They serve New Haven-style pizza and many people say it’s quite good. (I haven’t had the opportunity to go yet). The restaurant, which has already had to remove its ping pong tables from the sidewalk to allay fears of pizza and pong-induced hooliganism, was going through the byzantine hoops of DC local government to be permitted to stay open late, have live music and build a patio with seating. That’s where Marc Fisher picks up:  END_OF_DOCUMENT_TOKEN_TO_BE_REPLACED 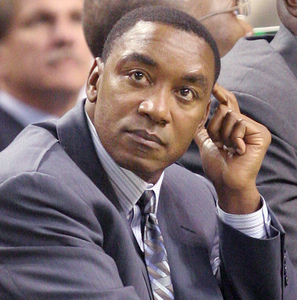 They really are the same guy, aren’t they?

Seen at last night’s CAA Final in Richmond and on the DC Sports Bog:

There are so many better jokes you could make about GMU than that one. Really, a chance missed by this not very clever William and Mary fan.

I should also add, I like George Mason, and It’s likely I will go to grad school there. That being said, there are still funnier jokes that can be made about the place.

Leashes are for pets NOT children

I was walking home today, and I saw a woman with one child in a stroller, and another with this on:

Now, maybe it is just me for thinking that this is crazy, but why on Earth would you put a harness on your child? Are people really that incapable of watching their children? The people who reviewed the products thought that this was a great invention because it gave the child “freedom”. I however think that this seriously damaging to the child and makes the parent look incompetent.

You couldn’t make it up if you tried

English soccer player Glen Johnson, who is making roughly $60,000 a week, was caught stealing a toilet seat and a set of sink knobs from a home improvement store.

I can see the headlines now:

POLICE BOWLED OVER BY JOHNSON GRAB

NOT ENOUGH TO BE FLUSHED WITH CASH

POLICE NO FAN OF JOHNSON’S CAN SCAM

If you have any better headlines, include them in the comments. Come one readers (all five of you), show me how funny you are.