RSL has put up some new photos of their nearly completed stadium and I have to say, it’s looking good. I really like that sweeping roof design. It’s nice to see one of these soccer stadiums have some distinctive architectural features such as that roof.

Also, it doesn’t appear to have a stage (though that south stand is looking kind of strange, like maybe it can be converted into a stage) which is a good thing and it has decent grass unlike that concrete surface at Rice-Eccles.

You can guarentee that at least one final-round USA World Cup qualifier will end up there and they’ve already got a USA Rugby international scheduled there on November 8th as the Eagles take on Uruguay. 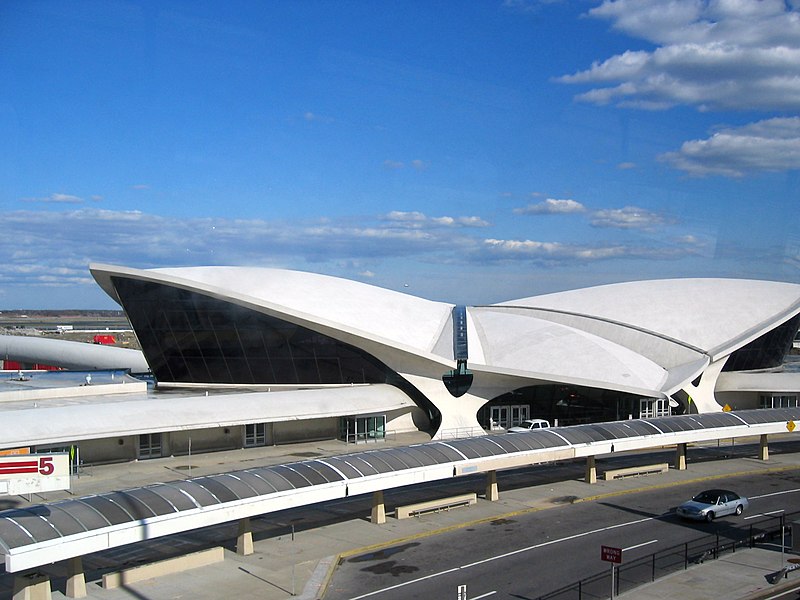 I was reading Wired yesterday and discovered that JetBlue is renovating the famous TWA Terminal 5 at JFK Airport in New York and will open it to flights in September. As an aviation nerd (too many afternoons spent at Gravelly Point, I guess) I think it is so cool that this piece if iconic architecture (designed by Saarinen, just like the Gateway Arch and Dulles Airport) is not only reopening, but reopening as an airport terminal, doing what it was always intended to do.

Updated: Here is another link to the T5 Project.

Now I don’t claim any expertise in the byzantine affairs of DC city politics but this has to seem like good news.

A coalition of D.C. Council members is drafting legislation that would authorize Mayor Adrian M. Fenty to spend $150 million in public money to subsidize construction of a soccer stadium for D.C. United in Southeast Washington, city government sources said.

Quote of the Day

“This is sort of the La Scala of American baseball,” Miller said. “It’s the setting of high drama, tragedy, even redemption. And then you go back to your everyday life.” 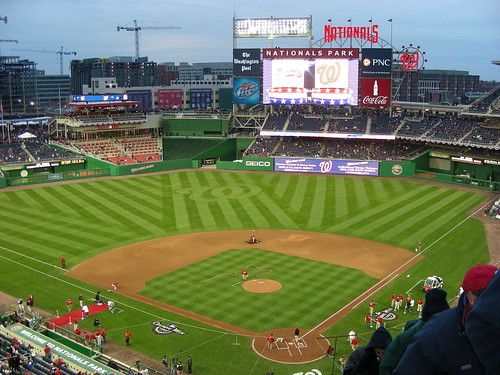 In a word: amazing.

I’m bored and unsure what else to write… That means only one thing. It’s list time!

Here are some of my favorite places to watch a game (of any kind). I list these in no particular order. You’ll notice I include some big places and some small places too. END_OF_DOCUMENT_TOKEN_TO_BE_REPLACED

University of Phoenix Stadium is hosting tonights BCS National Championship game tonight and for most Americans, it will be their first opportunity to see one of the most striking stadiums in all of America.

This stadium, along with the renovated Soldier Field in Chicago were the first in the rebirth of Football Stadium Architecture.

In the past 10-20 years, NFL owners have built unremarkable bowls with decent sitelines, less-than-thrilling architecture and as many seats and suites as they could squeeze in. When ketchup bottles, pirate ships, and lighthouses are the only things remarkable about a stadium it’s a bad sign for their designs. And those three examples (Pittsburgh, Tampa and Foxboro) are some of the better ones. Look at the stadiums in Washington (and utter disgrace we’ll talk about later), Charlotte, and Jacksonville. Some mildly decent ones include Qwest Field in Seattle (notable only for covered stands and that odd stand behind one endzone) and Ford Field (interesting on the inside, hideous from outside.

But finally, NFL owners are starting to take some pride in their stadiums rather than just forcing the city to build them and build them as fast as possible.

Jerry Jones’ new Dallas stadium (below) looks outstanding, as much as it pains me to say it.

Another interesting example is the new stadium that the Colts are building in Indy. Lucas Oil Stadium is also designed to be optimally shaped to host the NCAA Men’s Basketball Final Four which takes place there every 4-5 years.

these new stadiums might not approach the sort of creativity and genius of Allianz Arena in Munich, Germany…

.. or the Olympic Stadium being built in Beijing

… But they’re showing signs of making these stadiums a legacy to teams and cities, rather than just a big cash register. Anyone footblal owner can increase revenue by building a new stadium, but can they they leave that legacy and pride behind as well?

It’s not that hard, baseball owners have been doing that (or trying to) ever since Camden Yards was built.